If you need help – just ask for it! 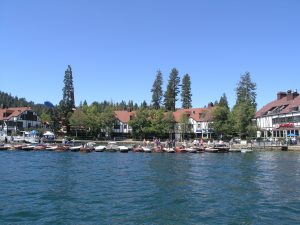 In the fall of 2003 Lake Arrowhead, CA. was ravaged by fire. We were on the news world-wide and although none of our tourist areas were damaged, the media gave the impression that everything had burned to the ground.

Our communities were shell-shocked and we were at a loss as to what to do. After we returned from a two week evacuation and we started to pick up the pieces, I spoke with a reporter from the New York Times and simply asked him if he could help us tell the world that while there was extensive fire damage in our forest and surrounding areas, our businesses were open and unless you went looking for fire ravaged areas (for the most part) a visitor would never see the damage we sustained.

Once I had asked for help from one media resource, I sent a plea for help to all of our media partners . WOW – we received a swift and terrific response and as a result our local economy was able to rebound fairly quickly.

We had the same scenario occur in 2007 with another horrible forest fire. Again we asked for help after the fire and this time Governor Schwarzenegger came to Lake Arrowhead for a press conference to tell the world we were open for business.

The publicity we received was at no cost to our communities.  It was simply HELP because we asked for it and we really needed it. (And this was before we were involved with social media….”help” would be on a much larger and different scale now!)

Never be afraid to ask for help! Whether it is a disaster or a simple task or question you need help with, just ask. You will be surprised at the response you will receive.